Ben Franks from London Irish joins the upcoming season with Northampton Saints. Ben Franks had been with the New Zealand All Blacks team before where he debuted in the year 2008. He is known for his scrum playing abilities that he has developed as an expert. He can play on either side and is 33 years of age. He has won about 47 caps when he was playing for New Zealand and had been part of the winning squad that brought in the trophies in 2011 as well as 2015.

He states that joining Saints has been an exciting opportunity that has come along for him. Northampton on the other hand, has had a campaign of late that has comprised of several defeats. As a result they are now in the 10th position in the Premiership rankings. There are five matches left to be played that would further decide the fate of the club. Several changes are being done by the club and one of them is picking up talent to infuse new blood into the team. London Irish itself is also trying to turn around their performances, but they do have some talented players who are also looking for better playing opportunities.
END_OF_DOCUMENT_TOKEN_TO_BE_REPLACED

For clash of the pre-season on Friday, London Irish has named a squad of 30-man with Ealing Trailfinders at Hazelwood. The match will start at 7.30pm. 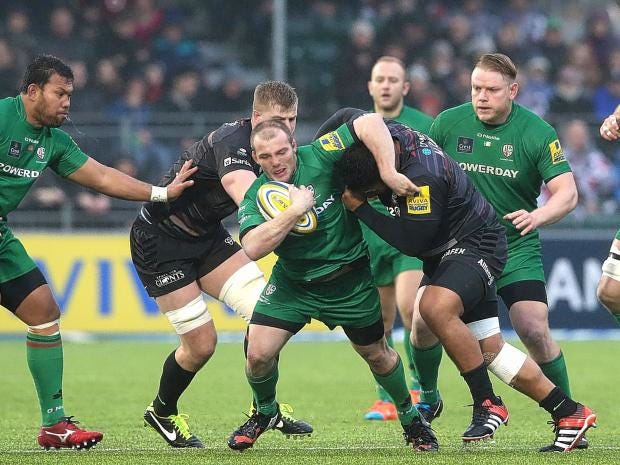 The ten changes have been made by the Exiles in the starting team opposite Harlequins, as a part of the preparations of the beginning of the season at the London Double Header (LDH) gathers pace.

Gordon Reid, the Scotland international and Ben Franks of All Black (double World Cup-winner) get the nod at tight head and loose head respectively with the hooker Dave Porecki.

Will Lloyd second row get his opportunity to shine from the beginning, partnering players of last season ‘Player of the Year’ Sebastian De Chaves.

On the other hand, Conor Gilsenan begins at openside flanker along with fellow Mike Comanback rows and Ofisa Treviranus. END_OF_DOCUMENT_TOKEN_TO_BE_REPLACED

Scotland triumphed over Australia in their last game and it was jubilation.

However, the feeling of victory did not last long for the players.

After a relaxed night in the Coogee suburb of Sydney, the Scottish squad were up and on an eight hour flight and a bus trek to Suva in Fiji. They sure will be getting ready to play again.

Since their victory over Australia, they have lost more players, especially with Finn Russell and Alan Dell heading off to the Lions, and Alex Dunbar away on holidays.

GreigTonks is one player who has been raring to get back out in the field. At the weekend, he played full back but he features regularly on the fly half slot.

His seventh game so far saw him break his scoring duck as he slotted home a long-range penalty in no more than two minutes into the match.

For Tonks, his being included in the team list is a miracle, since after his last involvement with a Scotland squad almost two years ago. END_OF_DOCUMENT_TOKEN_TO_BE_REPLACED

London Irish will continue to play in Reading 2017-18 season regardless of whether they gain or miss the championship promotion. 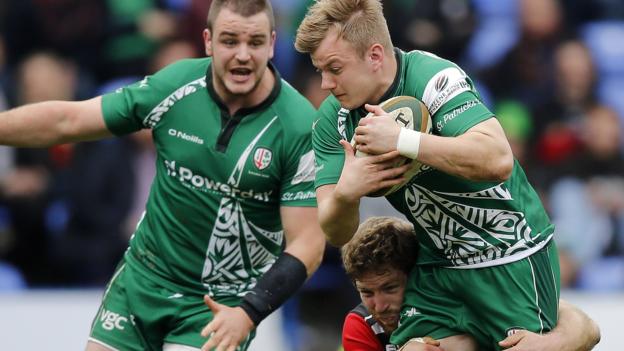 As per the chief executive, the Exiles will ground share in the new stadium planned at Brentford FC. The Madejski Stadium is all set to make the ground look like the home ground of Irish till the time the Lionel Road site is not ready in Brentford. It will be mostly likely completed by August 2019. It is not easy to rent a stadium for Reading FC. They have to consider it from the commercial point of view. The management would generate more revenue to compete, especially considering the way rugby is heading at the moment. The only way to do so is to get more seats accumulated and have the best deal with the management of the stadium.

London Irish are in contract to play until 2025 to 26 at the Madejski Stadium. Bob Casey said that they are very clear with the supporters to explore best possible options and have the skills to play in London that has been their routes. The team is discussing with Brentford. END_OF_DOCUMENT_TOKEN_TO_BE_REPLACED

Nottingham Rugby coach Ian Costello condemned the performance of the team as they were embarrassed 60-14 at London Irish over the weekend.

Costello labelled the performance embarrassing and one of the worst of the season. He admitted that Irish has quality but added that he expected more from the team.

“They are an excellent side and they played really well but it strongly concerns me when it comes to us. It’s our worst performance by a mile. Our performance was embarrassing. You almost feel like apologising for it,” Costello said.

The Championship leaders continued their excellent form, winning 14 out of 14. Costello admitted that the log leaders dominated them in every part of the game, adding that it remained “the lowest point of our season [till] date.” END_OF_DOCUMENT_TOKEN_TO_BE_REPLACED 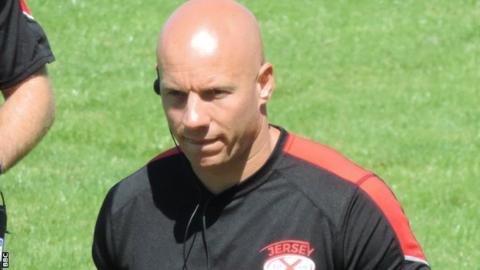 Armitage, who was debuting for Jersey Reds for the first time, got the opening try, while replies for Irish were made by David Paice and Richard Palframan via scores from mauls.

Ben Ransom, Tom Fowlie and Paice, once again, all touched down for the hosts after the half time break.

Tries by Marc Tomas, George Watkins and Nick Haining were enough to ensure a bonus point for the Jersey Reds.

With barely enough recognized backs to take on a proper side, the Reds had gone into the first meeting between the two clubs, handing a debut to Armitage who had joined the club on loan sometime this week.

Running through for the opener, after a quick tap penalty handled by scrum-half Sami Fasilau, he got through to kick-start his try-scoring with Jersey within three minutes of the game. END_OF_DOCUMENT_TOKEN_TO_BE_REPLACED

The London Irish skills coach Paul Hodgson was all praise for the determination put up by the Cornish Pirates against the Irish side.Theyhad a hard fought victory and won the rugby clash at Penzance with a score of 35-24.In the process, the Irish team earned a bonus point victory.

The Exiles are in top form of late and has moved to the top of the table with a 7 point gap over second placed Yorkshire Carnegie. Benn Franks, the All Blacks World Cup winner and Exiles skipper, was the player of the game and secured maximum points after completing five tries. END_OF_DOCUMENT_TOKEN_TO_BE_REPLACED

In the modern era, rugby players hardly stick to a single club for a long time. They change clubs every once in a while. So, it’s really refreshing to see someone like David Paice, who is known for his ‘one-club man’ policy.

And David is all set for his 250th appearance for London Irish. That’s not a small number. Having appeared in 250 competitive games for a single club is a rarity these days. His 250th appearance will be against London Welsh. Ever since, he’s moved to England from Australia, this foreigner stuck to London Irish. He never tried to move to another club. END_OF_DOCUMENT_TOKEN_TO_BE_REPLACED